The origins of Castile soap go back to Middle East, where Syrian soap-makers have made bar soap based on olive and laurel oil for a thousand years.  It is commonly believed that the Crusaders brought Aleppo soap back to Europe in the 11th century, based on the claim that the earliest soap made in Europe was just after the Crusades, but in fact the Romans knew about soap in the first century CE and soap making was described as early as 300 CE.  Following the Crusades, production of this soap extended to the whole Mediterranean area. Early soap-makers in Europe did not have easy access to laurel oil and therefore dropped it from their formulations, thereby creating an olive-oil soap now known as Castile soap.  Bastille soap must be 70% olive oil with other oils added for various reasons.  Our Baby Bastille soap is 95% olive oil and 5% castor oil.  Castor oil adds fabulous moisturizing qualities and a dense creamy and stable lather.  Click to shop 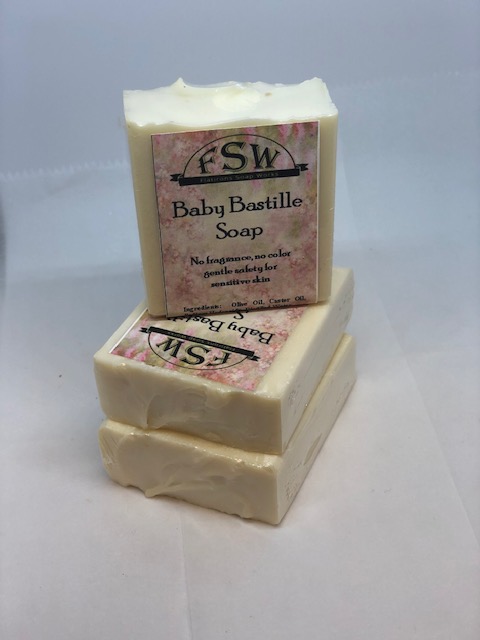